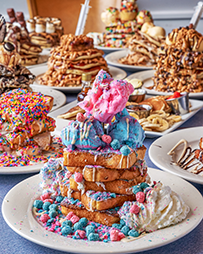 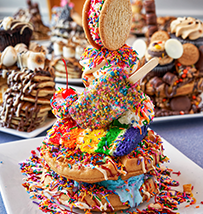 The Moshos family and staff of the Elm Street Diner extend our sincere gratitude for your support of our wonderful establishment since 1987. We hope you enjoy your dining experience with us, whether it be for breakfast, brunch, lunch, dinner, or dessert. Our goal is to provide you with not only quality food, but an unparalleled dining experience. Premium hospitality is our passion, which is why we always want you to leave with a smile.

Please note for Saturday & Sunday
In an effort to limit the wait time for our dine-in patrons. we are extremely limited as to the amount of take-out and delivery we can do on the weekends. We understand this can be inconvenient and we are doing our best to serve all of you as quickly as possible.

Reservations
Currently, we are not accepting reservations. We’re on a first-come, first-serve, walk-in basis only.